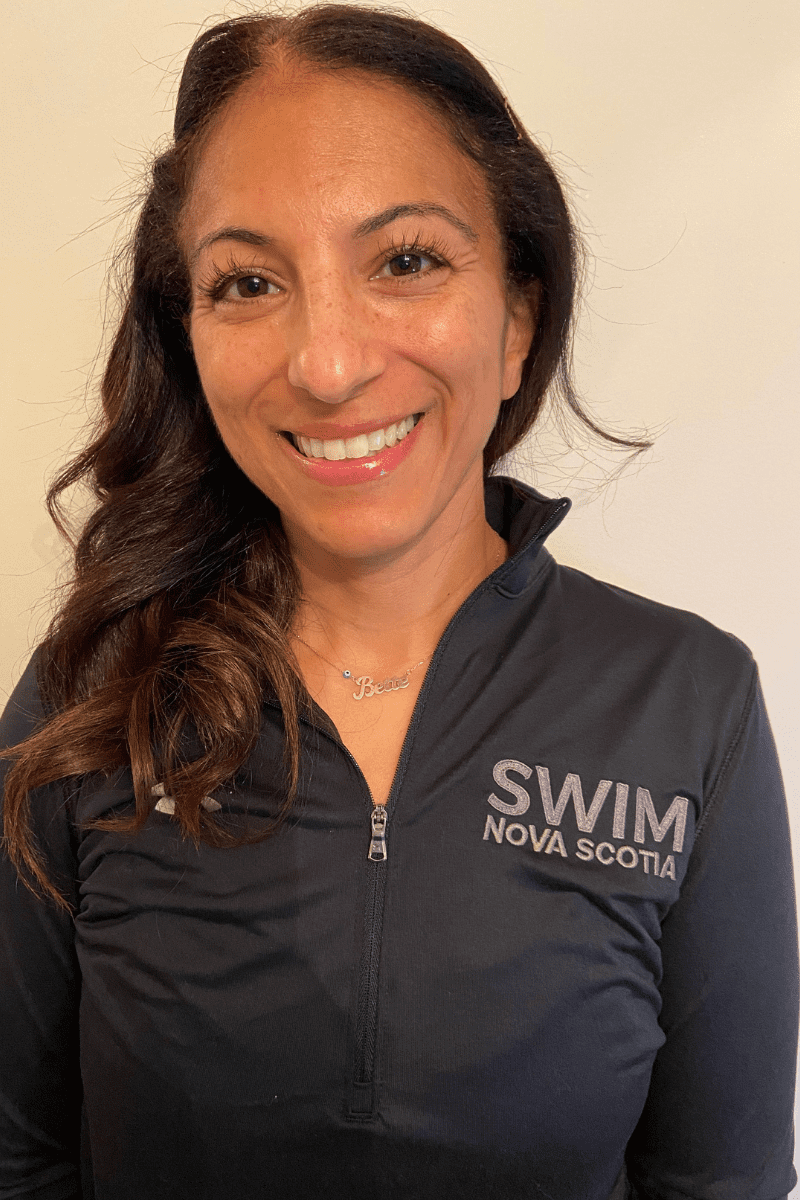 Born in St. John’s, Newfoundland, Bette El-Hawary came to Halifax with her family at the age of six and pursued her love of swimming with the Halifax Trojans. She has been the Executive Director of Swim Nova Scotia since 1999 and in those years, she been instrumental in the development and promotion of the sport of swimming in Nova Scotia.

El-Hawary earned her Bachelor of Arts with a double advanced major in Economics and Business Administration from Dalhousie in 1998 and swam for the Tigers for three seasons. A proud alumna, she has maintained her ties to Dalhousie’s swim program helping keep fellow alumni connected to the current teams. She also plays a key role in running Dalhousie’s varsity swim meets.

Following her studies at Dalhousie University, she completed a degree in Human Resource Management at St. Mary’s University in 1999.

A dedicated volunteer, El-Hawary has taken on a number of roles at national and international levels. She served as mission staff for Team Nova Scotia at the 2003 and 2005 Canada Games in addition to being the swim team’s manager at the 2009 Games. Internationally, she has been a team manager for Swimming Canada 12 times leading senior, development and para-swimming teams around the globe.

In 2007 she managed Canada’s swim team at the North American Challenge Cup and Dutch Open. In 2008, she led Canada’s junior team at the Australia Youth Tour and Junior Pan Pacific Games. In addition to managing Nova Scotia’s swim team in 2009, she also led Team Canada to the North American Challenge Cup and the Para World Swimming Championships. In recent years, El-Hawary was Swimming Canada’s Youth Olympics (2010), Youth Tour (2012), Junior Pan Pacific Championships (2012) and Commonwealth Games (2014) team manager. She also served as team manager at the World University Games (FISU) in 2011, 2013 and team leader at the 2015 event; most recently she was scheduled to be the team leader for the 2021 FISU Games.

While El-Hawary has shown great passion for the advancement of swimming over the years, she has also contributed to other causes along the way. She has served as Chair of the KidSport Allocations committee and sat on Sport Nova Scotia’s Provincial Sport Organization Board. Since 2011, she has volunteered with the Danny Gallivan Cystic Fibrosis Golf Tournament, serving as the fundraising and auction chair for three years and chairperson for four years.

She is currently a member of the Board of Directors of Halifax’s Waegwoltic Club and has recently joined 爱游戏体育平台APP登陆 Anti-Racism & Respect Advisory Committee, while continuing to volunteer for the Danny Gallivan Cystic Fibrosis Golf Tournament. In her spare time, Bette enjoys playing golf, tennis, running and swimming!