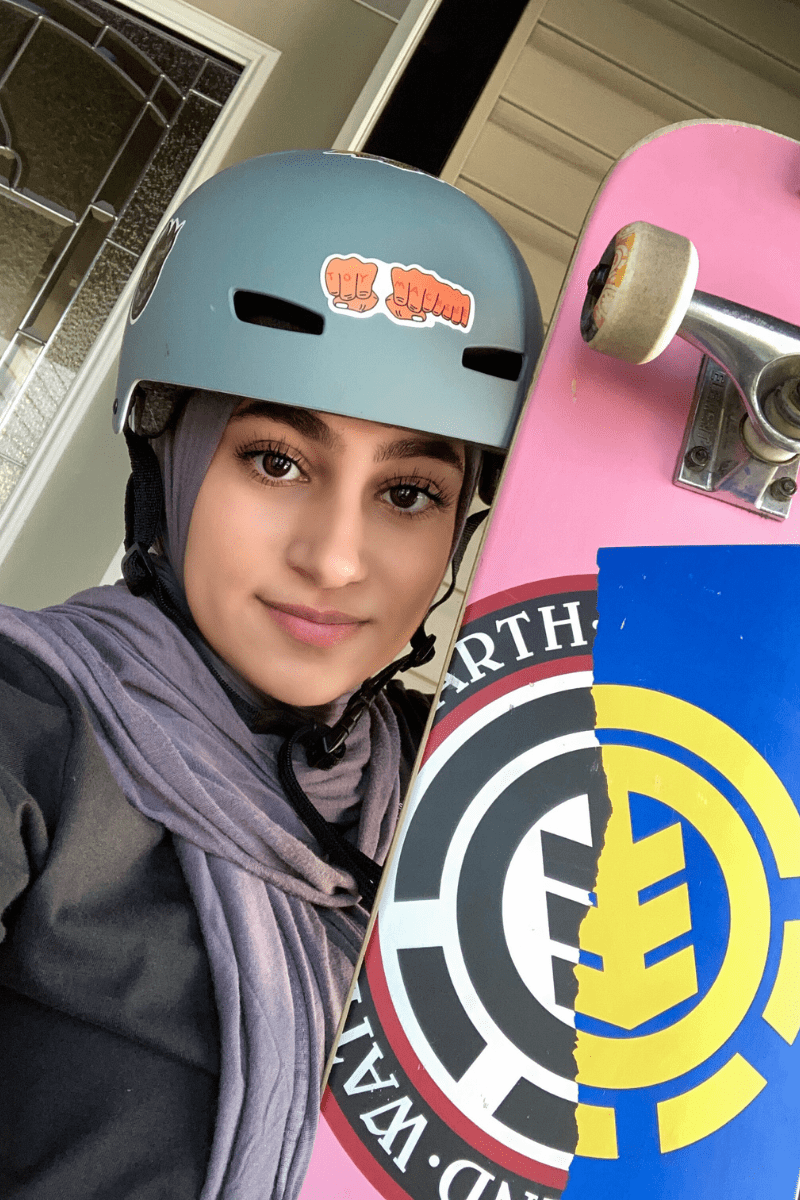 Baneen Al-Sachit is a second-year university student majoring in General Science at Mount Royal University. In her free time, Baneen likes to educate herself and others about reconciliation, mental health and feminism. Baneen also considers herself as an activist for minorities and young girls.

When Baneen isn’t studying or interacting with her community, she enjoys skateboarding, ice-skating and staying active as much as possible.